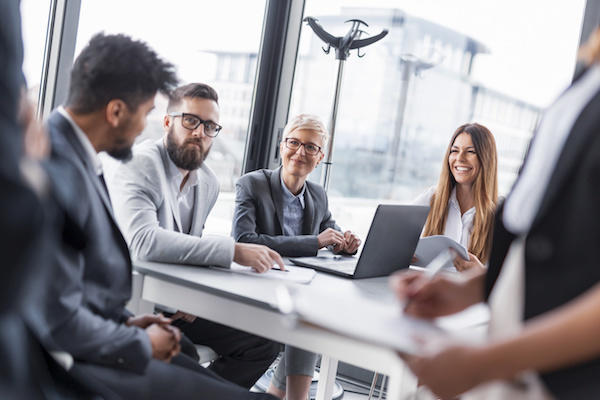 All too often, though, when we talk about team selling, we think only about marshalling all the selling teams’ internal resources. That’s not enough. Winning and growing major accounts should be everybody’s business. The entire organization – Accounting, Finance, Legal and all other functions – must have a level of accountability and a role in making major account sales happen. But there’s an even broader element to team selling that looks beyond the walls of the selling organization.

The unique challenges of the enterprise world often require that team selling includes the involvement of parties external to the organization itself. And while this collaboration can lead to big wins, the complexities of third-party partnering demand the navigation of very challenging waters.

Jay McBain, Forrester’s Principal Analyst of Global Channels reports that 75% of world trade now flows indirectly. Digest that for a moment and then think about the critical roles played by channel partners in that massive wave of global business.

Of course, channels are often involved in selling to small and medium-sized businesses as well, but the complicated needs and pains of large accounts routinely demand that channel selling be part of our strategy for winning business. As an example, I recently talked with a sales manager from a large technology infrastructure provider that won a $22M deal with one of the largest US health systems. The victory included nine different partners providing supportive services in the winning solution. A big deal? Definitely! Complex? You bet! But not uncommon in the enterprise world.

This type of collaborative selling, in which third-parties represent and sell the products and services of primary firms to actual end clients can be highly effective. The alliances involve the use of distributors, value-added resellers, franchisees, agents and other types of entities to expand a primary firm’s reach, open new markets and make connections between offerings and potential buyers that would otherwise be impossible.

Such channel partnerships can provide powerful operational vehicles for increasing a firm’s bandwidth in executing its go-to-market strategy. With a dependable channel sales model in play, a firm can scale effectively, ramping up or down as situations warrant, often utilizing multiple channel partners to achieve its goals. Such a strategy can also provide a cost-effective selling framework, with expenses often far less than they would be with a direct sales force.

But channels carry with them their own unique challenges. Some degree of control is always sacrificed in channel models in comparison with direct selling frameworks. And the increased levels of uncertainty and risk present negatives that must be carefully considered in the cost-benefit analysis of such models. Being forced to take into consideration not only the needs and pains of your prospects but also those of indirect, often uncontrolled selling teams can be difficult and extremely frustrating. It’s hard to argue with those who suggest that channel sales management is one of the hardest jobs in all of business.

In the enterprise selling world, it is critical to have a keen understanding of how channel partnerships work and what the best practices for managing those partnerships are. Even if your firm sells direct, you’ll most certainly be working with and selling to channel organizations. And, of course, all firms face competitors that utilize third-party models, which makes a working knowledge of channel dynamics all the more important. Such is the complex nature of enterprise selling – what you don’t know almost certainly will hurt you.

So, how can build a solid understanding to embark on building a roadmap for the feeding and growth of channel-based sales forces? This is a topic that, surprisingly, hasn’t received the focus it deserves. Many sales training programs don’t even recognize channel selling as the unique vehicle it is. Often, traditional programs preach that training of channel sales forces should be structured in the same way as training direct sales forces. This could not be more wrong!

I’ve been fortunate to know and work closely with two channel sales experts who have authored a new and game-changing book: Making Channel Sales Work: Ten Tools to Create a World-Class Third-Party Selling Program. Marcus Cauchi and David Davies have deep knowledge of the space and provide a fresh, sales-focused perspective that empowers channel teams with practical skills that can be implemented quickly. The book has been so popular that Sandler Training has created a program based on it that will be rolling out soon. If your focus is enterprise selling that involves channel partners, or if you simply touch channels through managing, selling, partnering or competing, I strongly suggest that you read the book and learn about the program.

Get your copy of the book, Making Channel Sales Work, here.

Video: Sandler Rule #46: There Is No Such Thing as a Good Try

Sales Training and Golf: A Lesson in Repetition